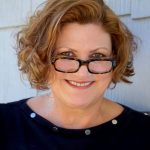 Leigh Anne Lindsey is a cinematographer, audio/video editor and writer who is part-owner of a portion of the original Home of Seabiscuit, which is a core motivation to bring Seabiscuit’s Legacy to life. She has filmed, produced, and edited web shows, commercial videos, film fest promo videos, and interviews with filmmakers and celebrities. She is also Producer, Editor, & Co-Host at KGUA 88.3FM Public Media in Gualala, CA. In the late 70s and early 80s, she was a photojournalist, and a rock radio DJ, advertising production & recording, and TV Film Editor for a small rock radio & TV station in Aspen, CO. From the mid-80s to early 2000s in Silicon Valley, she helped tech companies flourish through sales & marketing, strategic alliances, & venture capital fundraising efforts. 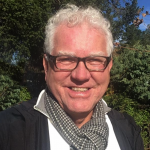 A retired film professor, John Osborne has worked as a PA and Location Scout on several mainstream and independent films, making him familiar with production costs and film crews. He has a film production company in Mendocino, California, and is working on three documentary projects. As the Associate Programmer for the American Documentary Film Festival (AmDocs) in Palm Springs, California, John travels throughout Europe looking for films to bring back to AmDocs. He is familiar with many film festivals as well as the international film market. Because of his film production work, his programming work at AmDocs, and his role as an interviewer at the Mendocino Film Festival, he has made at lot of contacts in the industry. John is a producer on a recently completed film, and is now involved in a producer capacity with several films. Our Seabiscuit story has really captured his interest. He has been deeply researching the Seabiscuit material and the dynamic interspecies connection between horses and humans. He believes our Seabiscuit documentary will be an inspiration to viewers everywhere. 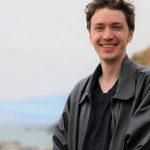 Jordan Schussler is responsible for the artwork for Seabiscuit’s Legacy. The stunning poster and graphics work are among his creations. He recently was an environment artist on a virtual reality real estate project with Bevel Space. He was Lead Artist and Animator at Fat Red Couch and has extensive knowledge of 2D and 3D content development for mobile apps. He’s experienced in UI design, animation, and art style development. Developed media production pipelines to facilitate development of multi-layout scalable cross-platform mobile and desktop applications. Efficient at translating 3D animation production to 2D animation and video delivery targets. Jordan’s website.