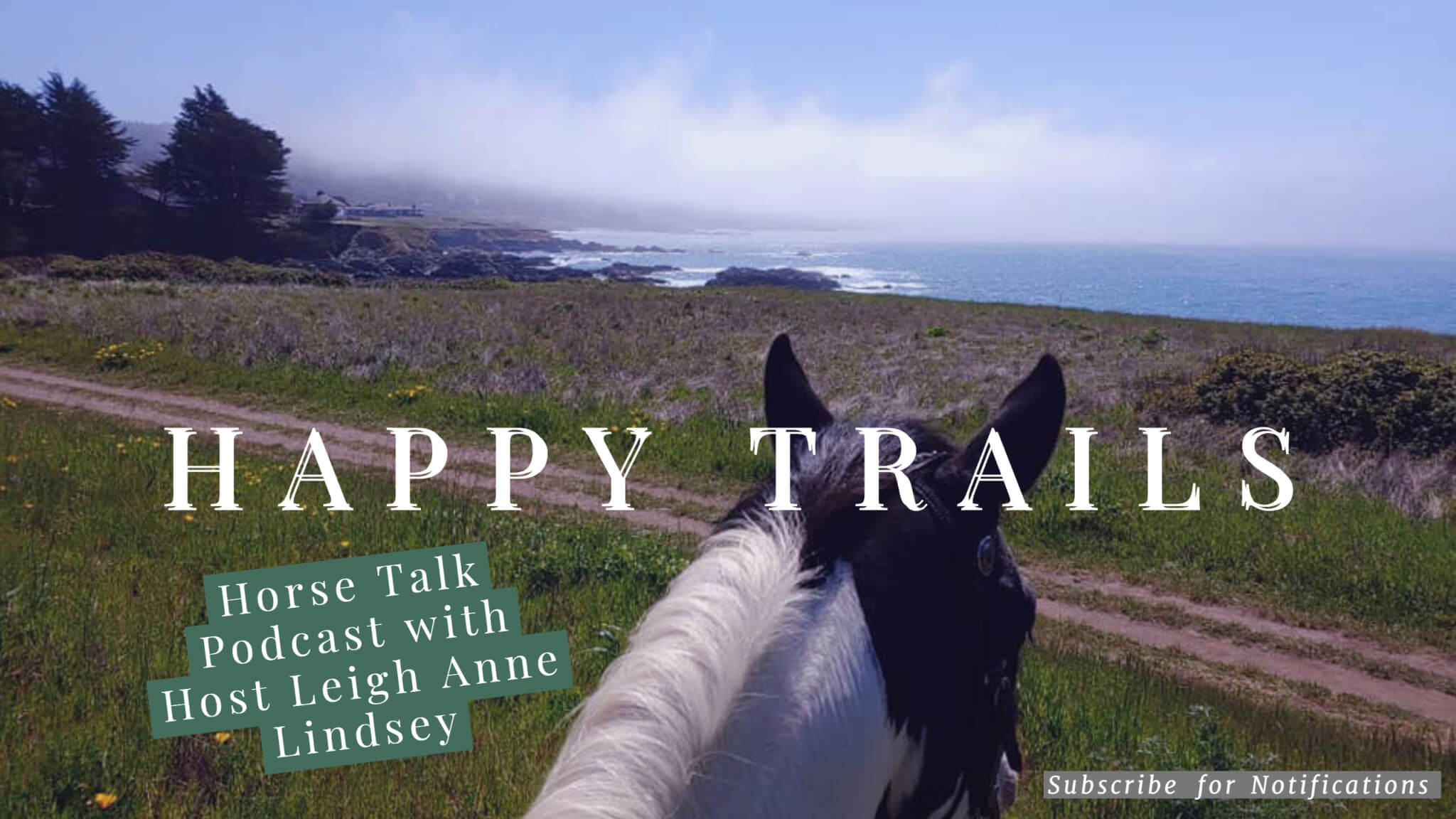 “HAPPY TRAILS, Horse Talk with Leigh Anne Lindsey” is a weekly podcast (starting September 2022) with professionals and horse owners and riders from all over who have stories to tell about what they teach, or the horses in their lives (now or in the past.) You’ll hear insightful views on being with a horse and how to care for them, to the funny and moving stories people have about these interesting, beautiful creatures in their lives. Some of the topics her professional guests will discuss range from the complex world of ‘healing with horses’ (from being with them on the ground to riding a therapy horse), to working to improve one’s relationship with their horse (on the ground and in the saddle), to the care of a horse when they are injured, to participating in professional competitions, and rescuing horses from slaughter or endangered Wild Mustangs of the West.

Lindsey grew up on a large East Texas Quarter Horse and cattle ranch where they had a black stallion (half Thoroughbred, half Quarter Horse and a descendent of War Admiral) which helped her family raise and sell quarter horses. She started riding at age 2 and competing in rodeos at age 5. By age 11, she was training her first horse (a Palomino Quarter Horse mare). She learned English and jumping at age15 at an Arizona boarding school, and by 16, she was a Rocky Mtn. trail guide in Snowmass Village, just outside Aspen, Colorado (where she also had that same Palomino and one other Quarter Horse, a gelding, from her Texas ranch.) She packed with her horses into those mountains for many years, and later took them with her to Northern California in her mid-20s where her family had another ranch near Willits. (That ranch & vineyards is the Southwestern portion of the original Home of Seabiscuit.) She kept her horses also South of that Redwood Valley ranch on the San Francisco Bay Area coast (80s and 90s) where she rode the beaches and trails in the hills above the Pacific during her time in the tech industry and while raising a young son.
She has been a morning radio show host and music show producer for public and commercial radio stations (where she’s also produced many commercials, IDs, and public service announcements.) She’s now creating a documentary called Seabiscuit’s Legacy about the positive impact the famous underdog racehorse (and the Howard family who owned him) had on the world around them and continues to have on this Northern California region.

She is also an Associate Producer on another horse-related film, a coming-of-age drama based on an award-winning true story that will be announced in the coming months. Lindsey lives and works in the remote coastal Sea Ranch community (Sonoma County California) with her 18 year-old Paint horse Jax and 8 year-old black cat, Onyx.